The Best Compact Smartphones In 2021 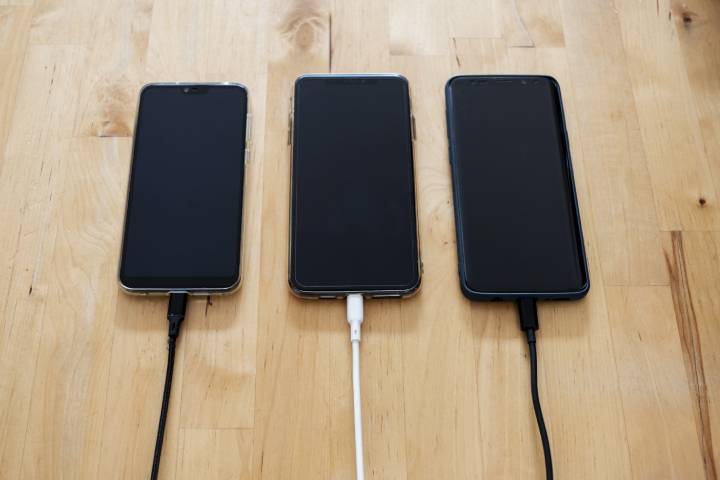 The Best Compact Smartphones In 2021

Just like the dinosaurs once did, smartphones have gotten bigger and bigger. That is nice for the film show on the go. But some people long for a handy device that is technically not inferior to the giants. Well, you can find these compact smartphones on our leaderboard.

The Smartphone Market Is Growing.

How quickly times change. It wasn’t that long ago that the Samsung Galaxy Note caused a sensation due to its size alone. The smartphone released in October 2011 came with a 5.3-inch display. The screen was considered gigantic. Nowadays, most users would probably reject the smartphone – just because of the display size. It is puny by today’s standards. The average smartphone panel has a diagonal of 6.5 inches. Several models even scratch the 7-inch mark.

It is important to you to be able to operate your device with one hand without any problems. But there are also those users who value precisely this in addition to performance, features, and battery life: a small display that goes hand in hand with a compact smartphone format. The good news: The manufacturers are also taking into account the demands of these users and are bringing comparatively small smartphones onto the market that are in no way inferior to the giants in terms of performance and features. The handy format of the first iPhone (2007) surpasses the small smartphones.

What Is Essential When It Comes To An Excellent Compact Smartphone?

If you are looking for a small smartphone that you can use easily with one hand, you will mostly orient yourself to the size of the display. But the screen size only tells half the story. The external dimensions of a cell phone determine whether you can command it with one hand. Above all, the width is decisive. The current smartphones are, on average, 7.5 centimeters wide. That sounds quite acceptable on paper. But practice shows that the devices are too wide for most hands to be controlled with one hand. So compact smartphones have to be narrower. And they shouldn’t be slippery. Otherwise, your thumb won’t reach the top of the display.

Don’t worry. You don’t have to go out and compare smartphone dimensions. We have done that for you and present you with an overview of the best compact smartphones. Our small cell phones shine with first-class performance and luxurious features. This is how you can quickly find your small smartphone.

These Are The Best Compact Smartphones.

But the size alone does not make an excellent tiny smartphone. After all, what good is a compact format if you can’t do what you want with the device? Therefore, performance and equipment were also included in our rating. If you have delicate fingers, you should keep an eye out for those devices that even stay below the magical 70-millimeter mark. Someone with slightly larger hands will certainly have no difficulty using models just above this brand with one hand. And that brings us to our list of the best compact smartphones, the leaders of which are certainly hardly surprising.

Silver in our ranking of the best compact smartphones goes to the world market leader from South Korea. The Samsung Galaxy S21 from the technology giant’s current flagship series scores first-class equipment and top performance. When it comes to camera setup, the Galaxy S21 is even ahead. After all, Samsung uses three lenses. In addition to a wide-angle and an ultra-wide-angle, a telephoto lens is on board. The Koreans are also ahead when it comes to the display, as they rely on a fast 120 Hertz refresh rate. Apple only offers this in the Pro models. The Samsung smartphone has to admit defeat in terms of its compact format. With a width of 71.2 millimeters, a length of 151.7 centimeters, and a height of 7.9 millimeters, it is by no means as handy for delicate fingers as the front-runner iPhone 13 mini.

Also Read: iPhone 13 vs iPhone 13 Mini In Comparison – These Are The Differences

A representative from the niche has sneaked onto the podium of our list of the best small smartphones: Asus is genuinely not an unknown name in the technology industry. Among the smartphone manufacturers, the Taiwanese group is small compared to big names like Apple & Samsung. Asus is best known for the designated gaming smartphones of the ROG Phone series. But the company also produces excellent luxury cell phones, as demonstrated once again with the Zenfone 8. The Zenfone is replete with top-notch technology. And they come in a convenient, handy format. The Zenfone 8 measures 148 millimeters in length, is only 68.5 millimeters wide and is 8.9 millimeters thick. This makes it extremely good, especially in tiny hands. The camera equipment prevents the compact Asus smartphone from being positioned even better. No question about it. The Zenfone 8 takes excellent pictures. But the other two make it even better.

The Sony Xperia 5 III owes its handiness above all to its 21: 9 cinema format. The Sony smartphone is particularly narrow despite a 6.1-inch screen diagonal. It measures 68 millimeters wide, is 157 millimeters long, and is 8.2 millimeters thin. With the flagship models, including the Xperia 5 III, the Japanese technology giant shows its wide-ranging expertise: The OLED display is first-class, the audio quality of the stereo speakers is fantastic, and there is also a jack for headphones – a rare feature in the smartphone upper class. And when setting up the camera, Sony primarily thought of those photo enthusiasts who like to break away from automatic modes. With the Xperia 5 III, you can define all the settings yourself like a pro and take precisely the photo you have in mind.

Even without mini in its name, the iPhone 13 is a small smartphone from the large mobile phone army. Apple’s base model measures 146.7 millimeters in length, 71.5 millimeters in width, and is 7.65 millimeters thin. This means that it is not quite as handy for delicate hands as the iPhone 13 mini, but it is still very compact and suitable for users who want both: a relatively large and magnificent display and a handy format. In terms of performance and features, the iPhone 13 is inferior to the mini model. The iPhone 13 even outperforms its smaller sister model when it comes to battery life: it lasts two and a half hours longer than its predecessor, the iPhone 12. The mini manages one and a half hours more than its predecessor.

The Sony Xperia 10 III is not only a compact smartphone but also a relatively inexpensive one. It has extensive equipment. Like the other Sony smartphones, the Xperia 10 III lies so comfortably in hand primarily because of the 21: 9 cinema format. With a length of 154 millimeters, it is even shorter than its more expensive sister model, the Xperia 5 III. The width of the Xperia x10 III is 68 millimeters. At 6 inches, the OLED display is not only a comfortable size for a small smartphone. The panel can also be convincing in terms of color accuracy, contrast, and sharpness. But the Sony mobile phone with its IP68 protection stands out from the field of mid-range smartphones. The certified protection against the ingress of water and dust can hardly be found in this price range.

It should be an iPhone in a handy format, but not at the usual iPhone price? Then the hour for the iPhone SE strikes. The design of the cheapest iPhone is reminiscent of the popular iPhone 8. This includes the wide bezels at the top and bottom, as well as the physical home button. The display shrinks to 4.7 inches. Although the iPhone SE is 138.4 millimeters long, 67.3 millimeters wide, and 7.3 millimeters tall than the iPhone 13 mini, its screen is significantly smaller. The entry-level iPhone shines with excellent performance. This is hardly surprising because the A13 Bionic chip works inside the iPhone SE and powers the iPhone 11 Pro. Otherwise, the iPhone SE lags behind the features of the other compact smartphones in our list of the best. It only has to get by with a rear camera and an LC display, and it does not yet transmit over the 5G network. In return, the iPhone SE can at least be charged wirelessly and already supports the WiFi 6 standard.