Top Most Business Opportunities In The Technology Sector 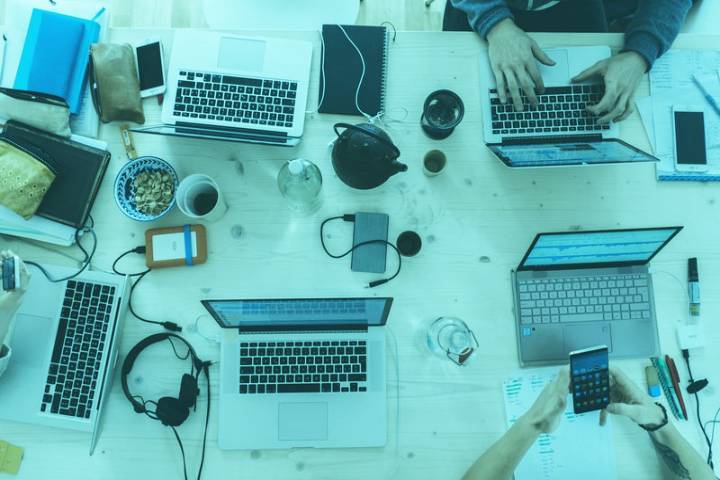 Top Most Business Opportunities In The Technology Sector

The great boom comes from two different lines: social networks and cloud computing. Both are two technologies that are in full development, almost at the peak of the market curve, and yet they will still give a lot of room to create businesses or transform one into operation.

The cloud is one of the most revolutionary advances in recent times: it allows all our digital content to be hung in a foreign space, and it saves us server and device costs.

In cloud computing, we are experiencing several phases. The first has been the creation of highways and cabinets to transfer all the information to the cloud, in the first case, and to store it, in the second. Now it is a question of seeing how this enormous amount of data is computed. And in this management, above all, three fields are opened:

This concept, which literally refers to the transmission to a point, is linked to the technologies that allow to speed up and cut the response speed. At present, technologies are already being developed that allow any so-called fool mobile to access in real-time any content that we have stored in the cloud, from videos to presentations. This is a breakthrough that can improve content management in companies and also streamline transactions in electronic commerce.

Security in the cloud is crucial for this trend to take hold. Numerous companies are emerging here that are developing software designed to ensure the security of cloud computing transmissions. IBM has just created a technology that also makes it possible to perform and analyze operations in the cloud with encrypted data without the need to decrypt it. That is to say, it allows computing encrypted information. This can be crucial to ensure security not only in information management but also in monetary operations.

It is related to cloud computing, but it transcends its limits. Since the launch of the Network, huge amounts of information have been uploaded and there is a lot of information in transit. Now, it is about seeing what we do with all that data and that is where a multitude of business opportunities can arise. And it points out two main areas.

Data mining:  it is about developing business models that allow giving value to that data, doing what is called business intelligence, to be able to discriminate what information really interests me and what doesn’t. Companies are like crazy to know their social media, how they are perceived, what their consumers think of them. So all those business models specialized in Internet data analysis have a great future.

Monitor that data:  be able to create directories that allow me to store the data that interests me and replicate it on all devices.

It is an area that is exploding and generating a new market and a new way of relating to people that can generate numerous opportunities. And among those that are already being detected, we can highlight the following:

Before, consumer technologies were a derivation of the military or professional world, as happened in its day with GPS; now the opposite phenomenon is taking place, and technologies that were started for mass consumption are being transferred to large organizations, such as social networks. And he gives us an example of the use of Intranets which are corporate social networks: It is an increasingly widespread phenomenon and there are already Spanish companies, such as Syncro, that are developing it. These types of systems allow workers to share information.

It is a Facebook tool that allows you to categorize the information that is on the network so that it is more intelligent and can connect more things more efficiently. Very useful for e-commerce.

allows you to make a history of your tastes and the sites you visit on the Internet, but also makes it easier to put it in relation to the preferences of your friends. It has been created for Facebook but opens up endless possibilities to do CRM in any company. In addition, to set preferences, it also allows you to connect to any page that appears on Facebook from your own IP.

is related, precisely, to that Remap technology. Now what is proposed is to use social networks as virtual commercial establishments, so that if you buy something it allows you to see how many of your friends have acquired that and where. It is the prescription taken to the extreme.

In this regard, the key is in the search for technological energy efficiency, whose pillars are supported by servers with lower emissions and reduced maintenance cost, cheaper energy production, greater autonomy of the devices, and, of course, energy savings.

There is a growing trend that combines technology and environmental concern. Its aim is to develop more efficient, smarter servers that pollute less, with fewer emissions, and require fewer maintenance costs. Any business model that focuses on this technological energy efficiency is going to have a great boost in the coming years.

Concern for the environment and the development of electric vehicles is driving the development of technologies that make it possible to produce energy cheaply. And within them. Those that are being promoted the most are solid lithium batteries, which allow greater autonomy and faster recharging, both for electric vehicles and for all kinds of electronic devices, such as androids or smartphones that consume battery very quickly.

It is a kind of network that relates the elements that consume energy with those that produce it to manage energy efficiently. At the moment, it is developing among large consumers and producers (city type), but it has many fields of application: companies, buildings, and industrial estates, among others.

90% of the businesses that are emerging in Silicon Valley are related to the mobile world – smartphones, tablets … – to the point that there is already talk of Smartphone Valley. What is being promoted the most are:

The appearance of the entire generation of smartphones, androids, tablets, ipads are revolutionizing the concept of physical access to information and the future involves developing technologies and software that allow access to the Internet both from these devices and even from the television from home or from any other appliance. There are already companies, such as Samsung and LG, that are betting on televisions that connect to the Internet by default. Here there may be a great vein and we are already beginning to talk about the television of the future, the so-called Smart TV, which will also allow interaction or even condition the development of a television pilot in real-time, for example.

Smartphones allow you to download up to 1,000 apps (applications that you download from your mobile) per day, compared to the dumb mobile, which only allows 48. The expansion of the former allows us to anticipate a great explosion of apps. Within these applications, there are all kinds: games, tools, programs, calorie counters, keystrokes … There are free and paid, but it is clear that to achieve critical mass and be able to overcome the limitation of the real state or space physical, you have to start by offering it for free but with a premium version. The world of possibilities that opens up is infinite because the mobile allows you to develop as many applications as there are on the web: reservations, ticket purchases, tickets, access to content …

The mobile phone tends to be used to connect stores and offline presences. For example, at GAP they have developed two-dimensional codes to access certain information by bringing the mobile closer to the codes that appear on the garments. They also do it at Sephora so you can access product samples. And what they do is create layers of information that are superimposed.

Coupons Technologies are spreading that allow you to send discount coupons to customers who are nearby so that they can exchange them at your establishment or even associate them with the credit card to exchange them at ATMs or similar.

Mobile payment It is the revolution that should have already arrived, since the technology that is applied, the NFC, has been on the market for a long time. The problem is that there are still a few devices that have it incorporated.

Every time we are going to know more where our clients are at all times, which will allow us to make offers about the brand. Here two very clear trends are detected:

The so-called smart cities. More and more technologies are being developed that allow interconnecting, through mobile phones and the Internet, the different city services with each other and with a central unit, which automatically detects when a glass container should be emptied, for example, or when a fault has occurred on a sidewalk.

It is one of the most popular technologies. It consists in that you record, photograph or simply focus on something with your mobile and the device automatically locates where you are, adds layers of information. This, applied to certain businesses, can open up an infinite world of possibilities in the field of marketing, prescription, and distribution, because, as Franc Carreras affirms, it will allow “creating a virtual copy of your company. Imagine, for example, how powerful it can be in an amusement park.

Moore’s Law states that computing capacity can double every two years. If this is important in any field, “in genetics where everything is governed by the speed and price of genetic sequencing, it is fundamental. for moneo, three technologies will have a strong impact.

Technology has recently been developed that allows the separation of chromosome pairs, which opens the door for the development of biological health, food industries …

genomes The first reading of a cancerous genome, which will allow, in the future, to create a database of all cancers, with the implications it may have for developing curative, palliative, and other techniques.

The creation of the first biological computer: at the Institute they have managed to write an entire genome and inject it into a cell and make it live. It is the first synthetic cell in history. It is the idea of ​​the minimum cell that will allow creating all kinds of tissues, corneas, bacteria, pigments … The possibilities in the world of food, chemistry, and health are endless.

It is a bit of the technology that is applied in smart cities but in homes. The aim is to develop sensors in household appliances that connect the devices to a central unit, so that, for example, the refrigerator not only says off or on, but is able to automatically connect with the technical service when it detects a fault, determine when to change the coolant or notify the user that they need to buy more food. Another option is to install sensors that are readable through mobile. We are already seeing it in industrial applications such as water meter readers or vending machines that notify the headquarters of the need to replenish merchandise, but it still has a long way to go.

Link technology with something as homemade and as traditional as clothing. We are seeing projects, which are already developing products such as laptop cases that automatically recharge the battery, T-shirts that allow images to be projected, or shoes that connect to the mobile’s GPS. 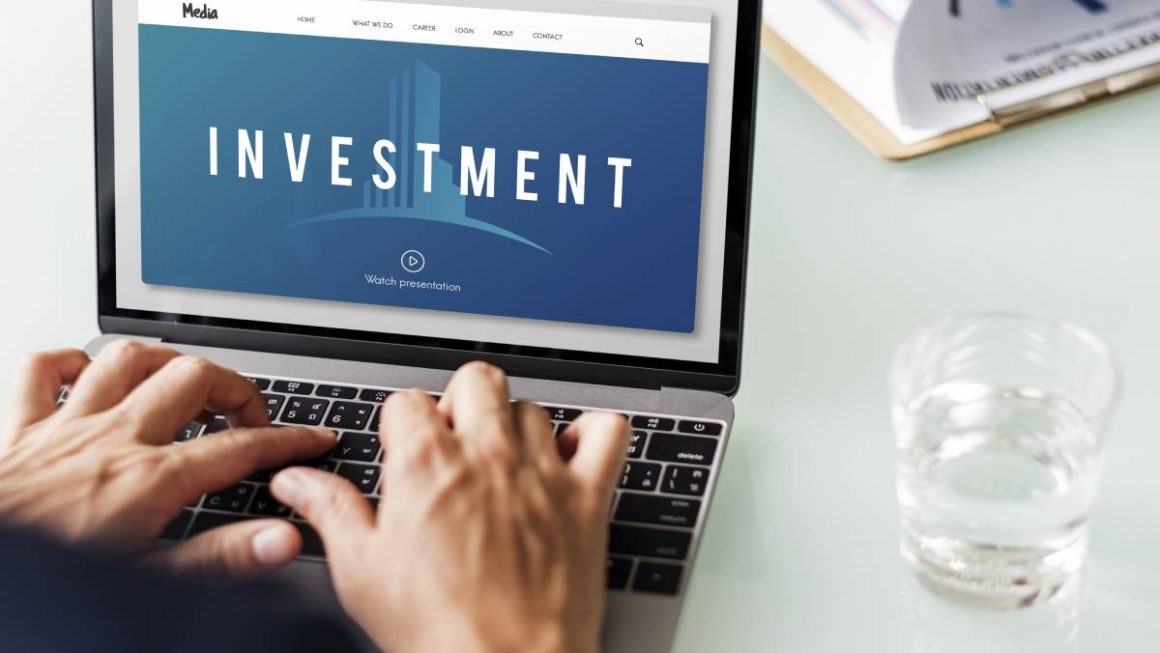