What Is Deep ARTIFICIAL INTELLIGENCE 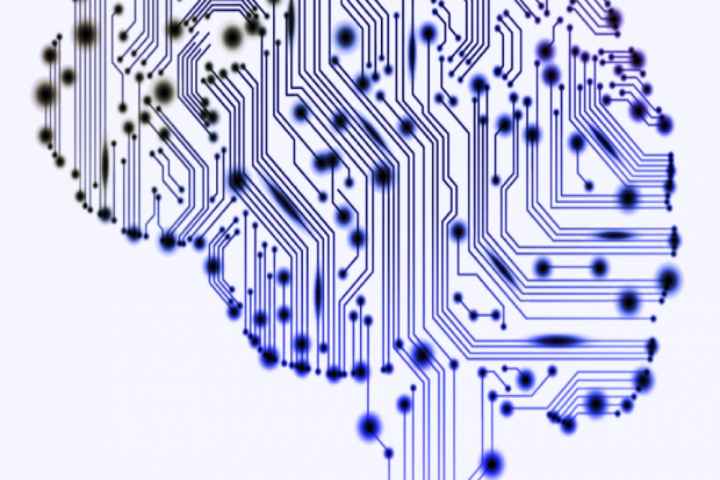 What Is Deep ARTIFICIAL INTELLIGENCE

The mythical goal of building intelligent machines has grown strongly on the agendas of scientists since the second half of the last century. With the rapid evolution of electronics and the subsequent development of processors, decisive steps have been taken.

Currently, the development of artificial intelligence (AI) as an autonomous discipline is undergoing a decisive transition towards these goals. A sufficient level is already shown to bring concrete solutions to the general public and to fill functions previously reserved for the brightest minds.

It has also reached a point of maturity that allows a practical deployment of autonomous specialties, including deep learning.

The Foundations Of Deep Learning

Artificial intelligence as a scientific discipline serves multiple objectives that divide the field of knowledge into more or less autonomous areas. Recognition of three-dimensional objects has little to do with the problems posed by machine translation. But in both cases, algorithms derived from years of work in this scientific field are used.

From the beginnings of artificial intelligence, two fundamental orientations appeared in this field. One aimed to address the material and logical bases of consciousness. That is a complete and mechanical simulation of rational human thought. The other orientation sought to address specific problems to give them in each case a solution derived from automated data processing.

It goes without saying that the second orientation is the one with the most real technology applications at work. The creation of robots that somehow mimic the human mind is still a long way off. But it is another thing to tackle problems where reality can be broken down into numerically treatable data.

Machine learning imitates a set of tests within a parameterizable tightly closed system. With it, he looks for correspondences and relationships that allow predicting a future result. Work with decision trees, apply inductive logic programming, and any effective technique to read, classify and categorize large masses of data.

In these techniques, there is an economy of computing resources. It seeks to maximize the results with a minimum of process load and execution time. The algorithms that are part of the body of knowledge of these specialties aim for a system to find by itself correspondence generating new relationships or dependencies.

Deep learning is a subfield of more recent development, it has a theoretical consistency since 2010. The specificity of this orientation is not to guide systems with complex systems algorithms. It starts with simpler models that are applied to a real case to imitate its operation.

In the case of a complex execution board game like chess in the deep learning application, no instructions are given. It seeks to produce advantages in the game that approximate a victory. To do this, the rules of the game are followed, and by the brute force of trials, the system creates its own rules or criteria to search for the master moves. The good results in this and other practical cases make it to be tested in a multitude of problems presented in real life.

The usual way to produce decision models by patterns found within the system itself is called a neural network system. The name itself suggests the source of inspiration used as the basic scheme: the nervous system. However, this meeting point has its own implementation for each problem that arises.

A very promising example of deep learning was that experienced by Google with AlphaZero. It is a large-scale computer system in terms of hardware that aims to teach the machine to play chess in hours at the highest level.

The capacities acquired by the system with this technology were later subjected to a confrontation with a conventional program in its conception but of great performance.

The tests carried out at the end of 2017 have been more than positive, the capabilities acquired by deep learning brilliantly surpassed those given by large teams of programmers to the aforementioned commercial program.

The areas of science where this specialty of artificial intelligence is most interesting are the following :

Current difficulties in the application of deep learning

The most productive techniques in artificial intelligence require high data processing capacity. The tests are usually run on machines tailored to the experiment you want to carry out. This leaves the possibilities of achieving goals with some economic and social impact in the hands almost exclusively of large technology companies.

However, the scientific culture acquires new tools to meet its most immediate objectives. It is also undeniable that the results end up being part of social life with special services and products at some stage of their conception or production.

The confluence of disciplines such as big data makes it easy to divide the current high requirements for classic problems into intermediate steps. The frameworks like Hadoop and Spark facilitate the handling of large volumes of information in various media.

Collaboration between different technologies is of the utmost importance when scientists move on the frontiers of science. The expected fruits will mark the coming years with a new scientific revolution that will make information the main raw material in the world.

The goal of reaching human perception

The partial successes with deep learning have reopened the theoretical possibility of simulating the form of human understanding in machines. The degree of difficulty of even this still distant goal is completely unknown. But it is a measure of the level reached today.

An important milestone is a feat carried out in 2012 by the team led by Andrew Ng by distinguishing a cat in a set of ten million video files. Skills like this will be available to millions of systems spread across every country in the world.

The security and control of social networks against users with unethical behavior goes through a review of the information that reaches them. The construction of intelligent systems would make it easier to get rid of the most negative effects on these instruments for citizen participation.

Image tagging can only be done automatically by recognizing the figures that are presented in them. The same for the written information contained in files with image settings. These operations are essential to detect trolls and put coercive measures on them to prevent their actions.

The direct applications of artificial intelligence technologies are mainly built for new needs. Singularly with born by the intervention of technology in society. But we are only at the beginning of a great change. Scientific production and the energy for new advances will have the invaluable support of these technologies in a cycle that has no end in sight.

Also Read: MACHINE LEARNING FOR COMPANIES: ADVANTAGES OF ARTIFICIAL INTELLIGENCE FOR YOUR BUSINESS

Artificial intelligence is in a mature moment that gives it a great role as a direct factor of production. The social and economic changes that will ensue are difficult to foresee. In this dynamic, deep learning is one of the most fruitful orientations. In just over eight years he has shown a great ability to attack unapproachable problems with other means.

A current difficulty that is difficult to tackle for artificial intelligence is machine translation. The last step with which machines could unambiguously understand human written or verbal commands. The complexity of new neural networks with the participation of some new technique may allow machines to communicate with human language.

Human perception is the necessary prelude to generate thought in symbolic language. Transferring this human capacity to a machine is not easy, nor is it known if it can be done indistinguishable. But when deep learning models try to scale a nervous system they only use a basic model.

Artificial intelligence is called to be present in all aspects of human life. From education to the conquest of space, any dimension of reality has an appointment with this technological instrument. It is advisable to be attentive to the news that will accompany the latest innovations in this field. It justifies that they have enough entity to completely transform the world we know.