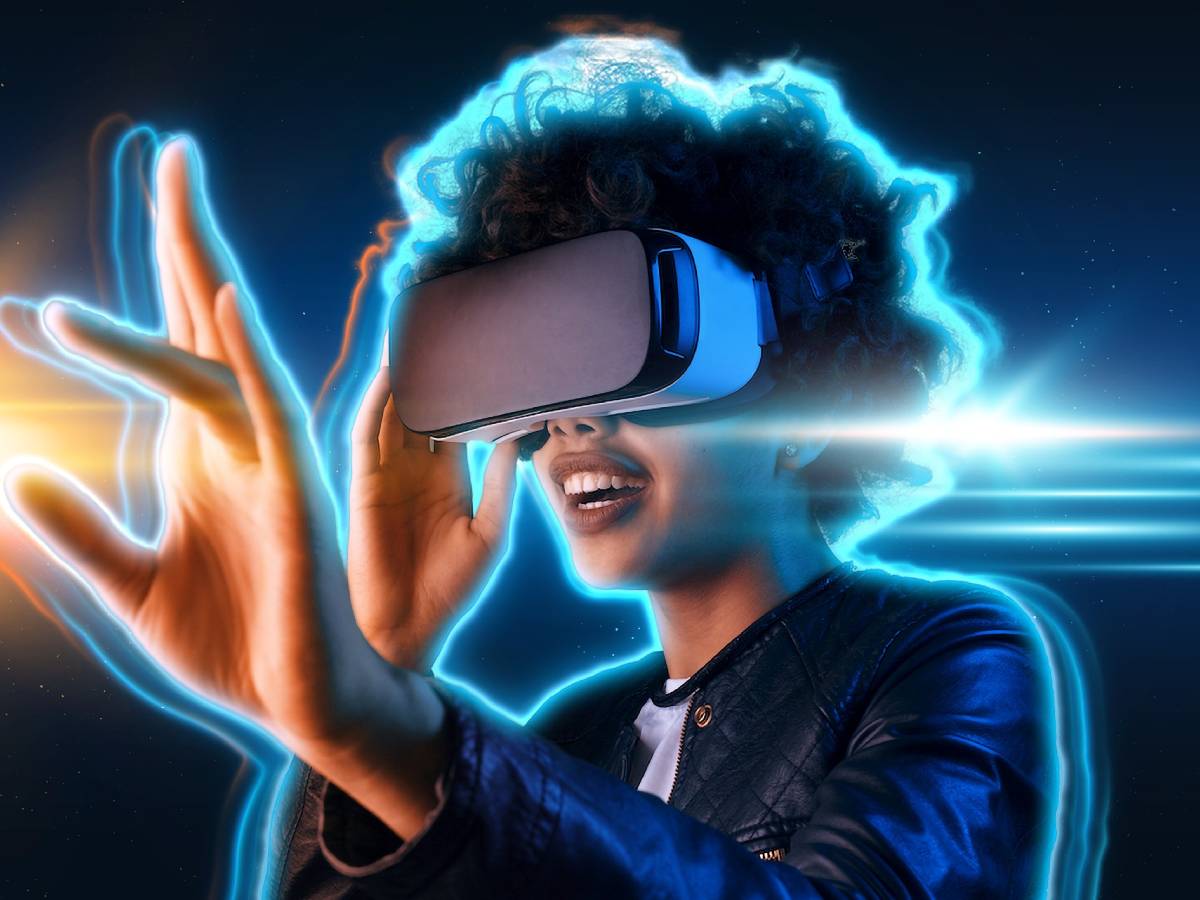 Immersive, with properties for interoperability, persistence, synchronicity, availability, and economy. These are the characteristics of the metaverse, that new concept of the internet that is booming and constantly evolving. Some qualities precisely make it an environment with multiple uses in very diverse fields, from the most obvious, such as video games, to others of greater significance, such as education, work, or business.

After reviewing them, we will understand why it has become so important lately and why they will continue to do so in the future. And also that it is not, far from it, without risks.

Features of The Metaverse

In the last decade, we have witnessed the mobile internet revolution, which has allowed access to our online applications and social ecosystems practically anywhere. However, currently, our ability to enter and enjoy virtual environments is limited by screens and mobile devices.

However, with the arrival of the metaverse, access to virtual online spaces will also be possible through augmented reality and virtual reality technologies. Two of the distinguishing and essential features of the metaverse are its omnipresence and its immersion, which will be achieved through an unprecedented fusion between the virtual and physical worlds.

The next generation of devices

Thus, it is omnipresent and immersive in multiple ways, both in the way we access and interact with it and how we receive information from it. For example, immersive mobile access to the metaverse will be possible thanks to the next generation of intelligent devices with augmented reality (e.g., compact smart glasses). Instead, access at work or home will be possible with lightweight and comfortable virtual reality glasses.

The transition from 2D interfaces to 3D virtual spaces will be accompanied by additional possibilities that will increasingly enhance immersion. First, many of the 2D apps and services we use daily (Dropbox, Slack, Zoom, Facebook, Instagram, and many others) will become embedded apps in the metaverse. Users will then inhabit it in the form of avatars, thus moving from static 2D profile pictures to interactive and personalized 3D avatars.

Depending on the activity, the application, or the virtual space used, they may be represented with photorealistic, cartoonish, or fictitious avatars. They will also be able to create virtual copies of physical objects (i.e., digital twins) and share them in the metaverse. This will further reduce the gap between the virtual and physical dimensions.

Finally, wearable sensors will strengthen the link between our physical and virtual worlds by introducing magnitudes and data from the real world into the metaverse and offering participants previously unimaginable sensory feedback.

The metaverse is made up of numerous virtual worlds with diverse characteristics in governance, economy, purpose, nature, or user role. The biggest challenge is to achieve seamless interoperability between all of them. Indeed, from an architectural point of view, it can be considered a unifying framework or substrate that connects the multitude of applications and services that are integrated into it.

As such, interoperability is another key feature of the metaverse and will be experienced by its users in so many ways. For example, they will be able to interact with multiple applications simultaneously, similar to what we usually do on our desktops or mobile devices. Today, this level of interoperability between different applications is normal and expected for general-purpose physical devices. And however, it is unprecedented in online virtual environments.

Let’s think, for example, of MMOs (massively multiplayer online games). They are those massive virtual worlds where players can only perform a limited subset of similar and related activities. Expanding on this concept, spaces and activities will also be interconnected in the metaverse. It will be possible to move seamlessly through different thematic virtual areas or interrupt a movement to start a new one (for example, stop playing in an exclusive space to meet a friend in another room).

Virtual objects, such as avatar costumes will also be part of this interconnection. Indeed, in one of the possible evolutions of the metaverse, items will be owned by users rather than owned by platforms, and their interoperability will allow users to purchase certain virtual items such as NFTs from an app’s store and use them with their avatars in other apps and spaces, and throughout the metaverse.

So, for example, a user experience might include a cross-platform capability that allows a vehicle unlocked in one racing game to be used in another adventure game or an item of clothing purchased in the metaverse to be ‘carried’ and used in games, concerts and any other virtual environment available. As the metaverse moves beyond gaming, the companies participating in it will need to move beyond current proprietary methods to secure their footing in the marketplace.

The metaverse will exist regardless of time and place.

Participants will be able to interact with each other and with the digital world in real-time, reacting to their virtual environment and each other as they would in the physical world.

Everyone will be able to connect simultaneously, and there will be no limit on the number of participants.

Those who participate, including companies, will supply goods and services in exchange for a value recognized by others. That value may start with—or include—the type of value video game players use now (for example, fiat currency exchanged for virtual gold and in-game items).

You can also incorporate non-fungible tokens, cryptocurrencies, and electronic money, alongside more traditional fiat currency. These value exchanges will rely on technologies like blockchain, smart contracts, and other technologies that have yet to be imagined.

What Can Be Done In The Metaverse

Constituted, therefore, as a virtual universe or a substrate capable of supporting and interconnecting a multiplicity of different applications, the activities that users will be able to carry out in it will be as diverse as the applications integrated into it.

In any case, those that will indeed be developed are the following:

The incredible connection possibilities it offers make it incredibly convenient for social relationships. The traditional ones, such as making friends with other users or participating in chats and audio and video calls, can also be implemented in the metaverse.

One of the ways these features will be made available will be by integrating existing messaging and video conferencing applications in the metaverse. In addition to these activities, which barely represent a port of the existing interaction schemes, the shared virtual spaces of the metaverse will also allow other forms of social interaction, such as those between 3D avatars typical of massively multiplayer online games (MMO).

Gaming And Other Forms of Entertainment

This includes the possibility of participating in art shows and concerts. These capacities will represent another critical group of activities that will be possible to carry out. And it is that, as we have already mentioned, several characteristics of the MMOs are inherited here. Furthermore, the gaming sector is constantly growing, both revenue and users. Combining these two factors ensures that games, and entertainment in general, will be among the most frequent actions.

In particular, metaverse shows may be “virtual” in origin, as in the case of the many concerts held within the virtual worlds of online games such as Fortnite, Minecraft, and Roblox. But also initially physical, although accessible through the metaverse, as in the case of a real-world concert that allows those who connect through virtual reality to participate.

This is another realm that will benefit from the cyber-physical integration that the metaverse enables. In particular, wearable sensors and augmented and virtual reality will allow realistic and immersive virtual sports simulations, with unparalleled customization and adaptation opportunities.

The same considerations can be made for learning and other educational activities, which will significantly benefit from the immersion and 3D capabilities of the metaverse.

Similarly, it will also be used for work and business. Indeed, digital twins, virtual reality, and the availability of integrated video conferencing and messaging applications will enable rich and immersive meetings in the metaverse. This seems to be the path that, for example, Microsoft is taking to develop its virtual environment.

Finally, it will help boost trade. In this way, both traditional and new forms of commerce will be supported by one or more online marketplaces, where both physical and digital products will be put up for sale. And as for the latter, that is, the sale of digital assets, the market will connect independent content creators with their potential customers (that is, users of the metaverse), which will allow business opportunities to be expanded to unprecedented levels. Precedents.

Also Read: The Infinite Possibilities of The Metaverse Worlds

The Risks of The Metaverse

Although it opens up new and infinite opportunities for us, we must not ignore the fact that we are still facing an unknown cosmos that is going to profoundly alter how we act, socialize, work, and live our lives, and that is going to generate new risks and dangers that are high because they are not yet regulated by law.

Indeed, there are many questions that we can ask ourselves. For example, what will your taxation be? What will happen to concepts like ownership or possession if NFTs come into play? What law and jurisdiction will be applicable in the event of a conflict within the metaverse?

However, probably the most significant concerns will stem from:

The Security of Said Users

In short, in this new reality that the development of the metaverse supposes, we have to be very careful that the legal protection of the rights of those who use it is at least equivalent —and sometimes even superior— to that of real nature. Otherwise, this new universe destined to let the imagination run wild and fulfill many dreams can become an absolute nightmare.