What Is a Chromebook, And How Is it Different From Others? 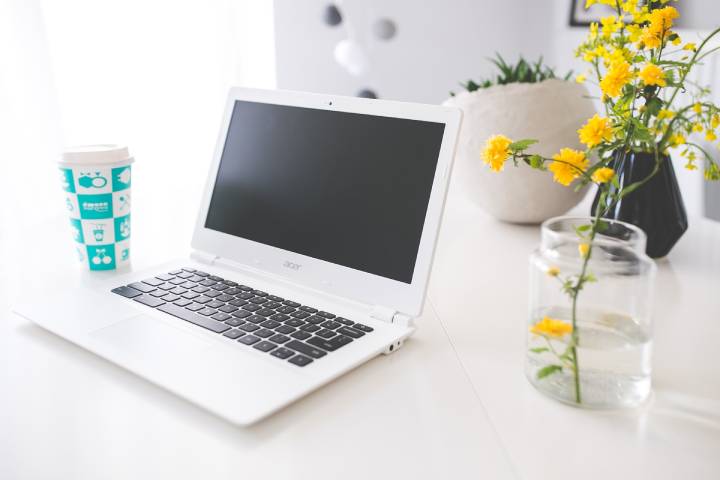 What Is a Chromebook, And How Is it Different From Others?

The devices known by the name of Chromebook are one of the novelties that have attracted the most attention in recent months. These are computers intended for a part of the public that only requires computers with which to navigate the Internet.

Therefore, its design and operating system are focused on improving the user experience from this perspective. That is, you can dispense with other qualities and increase the web browsing experience. Its ability to capture the signal and navigation speed are the two mainstays of these new devices.

Some Features of The Chromebook

The demand for these equipment has been increasing, but they occupy the second place of preference in percentage terms. The migration of users from other systems is gradual, either from Apple’s macOS or Microsoft’s Windows. In this case, they have emerged as a very competitive option in today’s market.

What Is a Chromebook?

A Chromebook is a laptop that is compatible with the Chrome OS operating system created by Google. In 2011, they began to be marketed two years later, and the company launched its first self-made model, which is called the Chromebook Pixel.

This does not mean that Chromebooks are from other manufacturers; the hardware and software have seen its ecosystem grow with this collaboration. All this clarifies that they are devices that enjoy very good acceptance in the current technological scenario.

What Is Chrome OS?

This is the operating system created by the Google company. It is important to note that it is different from Android since it is an idea that has become widespread among some users. For its design and structuring, the Linux kernel was taken as a reference. In addition, the main interface is Chrome, which is evident just by looking at its appearance. From the taskbar to the file explorer, they have Chrome’s design elements.

All of the above makes it system-oriented to two things: search and navigation. In addition, it is lighter than other operating systems, which is excellent for minimizing hardware performance and costs.

How Did This Idea Come About?

The idea of creating Chromebooks arises as a direct response to answer the need of users since many only use computers to surf the Internet.

As a percentage, it happens that more than 90% of the times that we turn on our computers, we do so to make “googling” queries. Therefore, this company saw a niche in the technology market that it could explore based on this idea.

Users will find the comfort of browsing the Internet simpler, more comfortable, and efficient on these computers. In addition, the cost of this equipment is considerably lower compared to traditional models that work with other operating systems. However, there is a wide variety to choose from.

An Operating System That is Gaining More and More Acceptance

Initially, this idea was focused on the system being based on the cloud, including all applications and tools such as Google Drive. But every time the computer was disconnected from an internet connection, the functionality was almost completely limited.

For all those mentioned earlier, important changes have been implemented to find a balance between a complete experience on the web. Also, to achieve independence in certain essential functions.

Currently, this operating system has Google applications that can be used offline. Also, the option of using native Android applications and other applications created for GNU / Linux systems has been added. The catalog has been expanding over time.

What Are Its Advantages?

The Chromebooks also arise as a solution that seeks to improve technical expertise when used for educational purposes. That is, equipment with low prices but well equipped, whose hardware and software design is designed to improve the user experience at all levels. They are very efficient in navigating fast and with multiple functions.

Several manufacturers of Chromebooks offer models at extremely affordable prices, such as Samsung, Acer, HP, Dell, Sony, Toshiba, Lenovo, and others. The latest novelty is the Chromeboxes, which are mini pcs for desktops, which have been very popular with users.

This inexpensive laptop begins to increase its sales at the beginning of the year 2020, just when the massive confinement due to COVID-19 begins.

It does not necessarily happen because of the teleworking issue, as instead, it becomes the ideal work tool for the student population around the world. A laptop that allows them to continue with their studies from a distance without spending large sums is complete.

These computers start up quickly, and their systems don’t slow down. Updates are automatic, and the user is practically unaware of when they are installed. It is guaranteed that they always have the latest updates active for all their functions, with their respective security layers for proper maintenance.

Physically, they have the same appearance as conventional notebooks. They have a screen, keyboard, and trackpad, in addition to the connection ports. But you can also find models with touch screens with which you can use design and drawing apps. Likewise, you can make use of the Microsoft Office suite.

Also Read: iPad Reset – How To Force Your iPad And iPhone To Restart