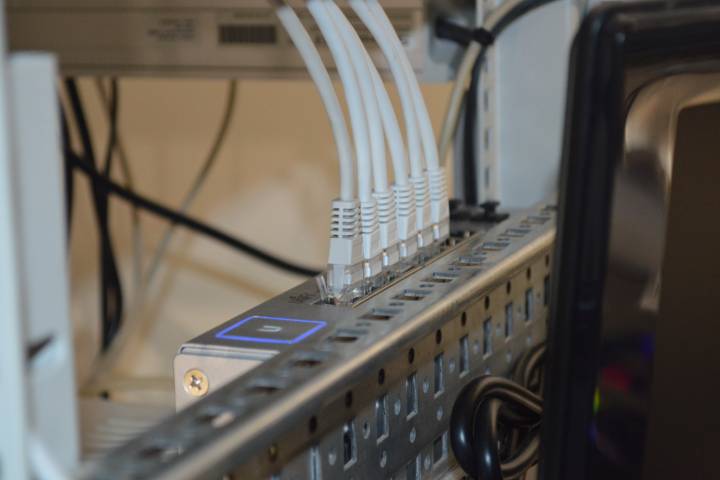 Those who use the Internet a lot at home often want a fast, wireless network when they are on the move. You can read here how you can comfortably surf the Internet using a WiFi hotspot outside of your own four walls and what a mobile hotspot is.

Simply pull out your smartphone while you’re traveling and check your emails or upload a few photos to your own cloud: thanks to mobile internet, this is actually no longer a problem. However, not all digital end devices can surf the Internet via the cellular network. Many laptops and tablets are not cellular or they are, but there is no SIM card inserted, for example. It would be practical to connect your devices to the Internet via WLAN when you are out and about. This is exactly what you can use so-called WiFi hotspots for. Here we explain to you: What is a hotspot and how can I use it?

What exactly is a hotspot?

Technically, a hotspot is an Internet router whose online access via WLAN can also be used by others. So the answer to the question “What is a hotspot” is: A hotspot is basically a shared internet access point. We differentiate between public and private access points.

At train stations, in fast-food restaurants, and in other public places, there are often public WiFi hotspots through which we can access the Internet. However, it is not uncommon for the functionality, speed and available data volume to be restricted.
You can also set up your own hotspot with your smartphone, for example, to connect a laptop that does not have its own cellular modem to the Internet.

Theoretically, your home router also functions as a WiFi hotspot for your guests if you share your network with them and give them the access data for it. Many routers have their own “guest” function for this purpose, which you can use to restrict your WLAN access.

What costs do you have to expect when surfing on the mobile hotspot?

There are now millions of Internet hotspots around the world. Use is often free of charge: for example in hotels, restaurants, clubs, or in airports and shopping centers. Deutsche Bahn also offers free internet on many long-distance trains.

Some hotspots are provided by mobile phone providers for their customers – depending on the contract, you have to pay either a minute fee for using the hotspot, or per day of use, or a fixed monthly fee. With higher-quality contracts, however, hotspot use is often free. With special hotspot guest contracts, you can also surf at hotspots with other than your own mobile phone provider.

Also Read: Dangers Of Connecting To Public WIFI And Keys To Avoid Them

Mobile surfing at hotspots has two disadvantages compared to surfing via cellular network: On the one hand, WLAN often only has a range of a few dozen meters. Outside the door of your favorite restaurant, the internet reception is usually over. In addition, the operator of the hotspot can theoretically read what data you are exchanging via his WLAN. That is why many companies forbid their employees from unsecured surfing in a foreign WLAN with business laptops or smartphones. So speak to your employer beforehand about the following questions: What is a permitted hotspot and with which devices can I use it for what?

You can also protect yourself against unwanted reading by setting up a connection via a Virtual Private Network (VPN). Another virtual network that is specially secured is set up within the WLAN network. You can read here how to do this, for example, with Android smartphones. For Apple products, there is more information here. The disadvantage: A connection via VPN is often slower than an unencrypted connection because more log data has to be exchanged with the other party or because – for example when VPN surfing abroad – more data is sent via servers in your home country.

What is a smartphone hotspot and how do I set it up?

You avoid the problems of a public hotspot by creating your own mobile hotspot. You can use your smartphone for this, for example. With your other devices such as a laptop or tablet, you can then surf the Internet via the cellular connection and the SIM card of the smartphone.
Your smartphone becomes a mobile hotspot via tethering

The function with which you turn your smartphone into a hotspot is somewhat hidden in some settings menus. By the way, the technical term for this is “tethering”. How to set up the iPhone as a hotspot is described by Apple here. For older devices with the Windows Mobile operating system, the function is called “Internet sharing”. If you cannot find anything in the menu of your mobile phone, take a look at the instructions under the keyword: What is a hotspot.

However, there are a few things to consider: If you turn on tethering, your smartphone has to do real hard work as a data node for your Internet access and the battery will discharge accordingly quickly. So keep the charger or a power bank ready.