Which iPad Should I Buy? This is How You Can Find The Right Apple Tablet. 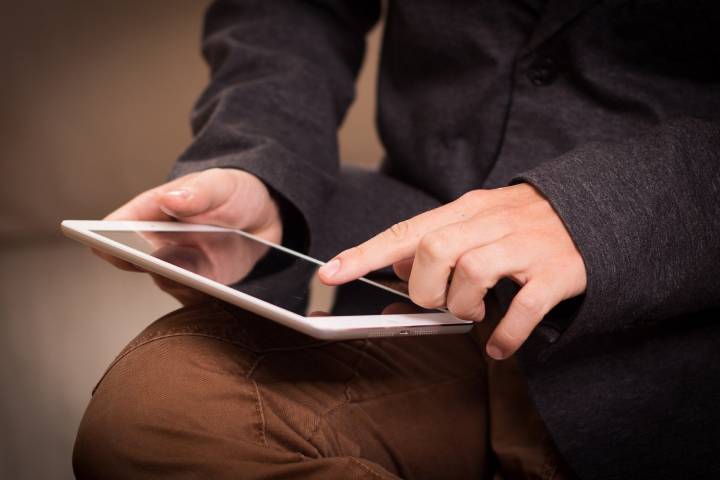 Which iPad Should I Buy? This is How You Can Find The Right Apple Tablet.

Apple regularly brings new iPads onto the market, the names of which differ very little. So there is the iPad, the iPad Air, the iPad mini, and the iPad Pro – but in different generations and the case of the Pro version also with different inches. We help you to get an overview.

iPad: The All-Time Favorite Among Tablets

The iPad is now in its eighth generation. The first version of the Apple classic came on the market in 2010 and, together with the previously introduced iPhone, ushered in a new technology era. The current iPad has been around since 2020 and, with a starting price of 379 euros, is the cheapest tablet in Apple’s lineup.

The iPad (8th generation) is available in gray, dark gray, and gold. It is equipped with a 10.2-inch LC display, the A12 Bionic chip, and an 8 MP wide-angle camera. In addition, a 1.2 MP camera for FaceTime is installed in the front, and there is a classic Lightning connector for charging. All in all, you have a solid tablet with a lot of power in your hand that guarantees you a lot of fun in everyday life. Reading, watching films, or playing games – the iPad is enough for that.

iPad Mini: It Goes on Small

The iPad is anything but handy with its 10.2-inch screen. If you prefer something smaller, we recommend the iPad mini, which has been in its fifth generation since 2019. Apple’s small tablet is equipped with a 7.9-inch LC display, costs 449 euros in the cheapest version, and is available in gray, dark gray, and gold.
Technically, the iPad mini does not differ that much from the standard version. It relies on the powerful A12 Bionic Chip, an 8 MP wide-angle camera, and the Lightning connector for charging the long-lasting battery. It is strong that Apple has installed a 7 MP front camera here so that you can enjoy FaceTime in even better quality. The iPad mini is the perfect tablet for everyday use – like the standard iPad, only smaller.

If you are wondering which iPad you should buy and only a tablet with a lot of performance comes into question, you should first look at the iPad Air before reaching for the more expensive Pro version. It is equipped with a large 10.9-inch LC display and comes in five different colors, including sky blue and green. In terms of costs, it starts here from 649 euros.

In terms of performance, you can expect a lot from the iPad Air because it is equipped with a fast A14 Bionic chip, which should handle any application. There is also a 12 MP wide-angle camera on the back and a 7 MP front camera. Instead of a Lightning connector, Apple uses a USB-C port on the iPad Air, which promises fast charging and greater compatibility. Due to its performance and size, the iPad Air is suitable for pleasure and cuts a fine figure as a work device.

iPad Pro: The Alternative To The Mac

The iPad Pro is Apple’s ultimate high-performance tablet. However, two more versions are differentiated. First, there is the 11-inch iPad Pro, which is currently in its 3rd generation. It comes in the colors silver and gray and costs a minimum of 879 euros. Second, the fifth generation of the 12.9-inch iPad Pro is available in the same color variants for 1199 euros.
The main differences between the devices are the screen. The 12.9-inch iPad Pro is equipped with a mini LED panel, while the 11-inch device only has an LC display. Otherwise, both have the strong Apple M1 chip, a dual camera with 12 MP wide-angle and 10 MP ultra-wide-angle sensors, and a 12 MP front camera. The USB-C port even supports Apple’s Thunderbolt 4.

The iPad Pro – regardless of the version – is primarily worthwhile for everyone who wants to work with it. Thanks to the M1 chip and the gigantic display, video editing or design work is no problem and is often done faster with the Apple Pencil than on a Mac.

Also Read: The First Information About IOS 15 – You Can Expect These Features

Which iPad to Buy – The Overview

Do you now know which iPad to buy? If not, we will summarize everything here again in brief: The standard iPad and iPad mini are worthwhile for everyone who primarily uses their tablet for games and watching films. However, the devices differ mainly in size, so you have to decide what appeals to you more.
The iPad Air and the iPad Pro primarily work devices. They bring a lot of performance and also offer an enormous amount of space with their large displays. Graphic artists, in particular, get their money’s worth here thanks to the Apple Pencil connectivity. But the Pro versions are also ideal for other high-performance work.